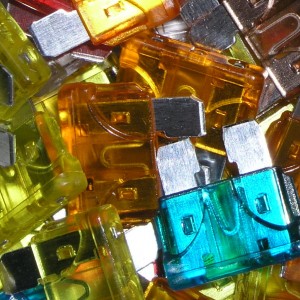 How to Use AVR Fuses – and Understanding What They Do

Avoid frustration and get over the fear with this quick guide to AVR Fuses.

If you’ve been working with AVR microcontrollers, it’s likely that you’ve come across references to Fuses, Fuse bits and Fuse bytes. When I first read about them I thought they sounded very primitive for something as sophisticated as a microcontroller. After researching them further I came to the conclusion that whoever had originally named these mechanisms “fuses” was hell-bent on causing general confusion! AVR Fuse Bytes are not that complicated, are very useful, and are not to be feared – but they should be treated with some respect. This post will make you comfortable enough to use fuses to get the most out of your microcontroller and will be focussing on the ATmega328P (the microcontroller from the Arduino UNO). It’s a little longer than usual, so grab a cup of coffee and let’s jump in!
END_OF_DOCUMENT_TOKEN_TO_BE_REPLACED

Your site is the much needed middle step for moving from an Arduino to AVR.

― Steven
Go Beyond the Arduino